Pansy the Poodle played to a packed crowd for a limited run at the Lexington Children’s Theatre on March 2. The musical, based on Cynthia Bardes’ Pansy the Poodle picture book series, has shown in various stages in Florida and New York and made its debut in Kentucky to much applause. Poodleful will return to Riverside Theatre on March 10 and 11 where it made it’s theatrical debut. Here is a clip and images from the Lexington show. 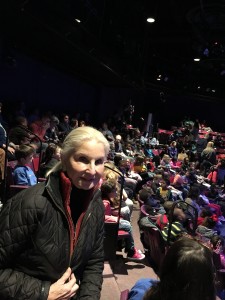